After the memory of an uncharacteristically warm December fades, and the afterglow of the holidays dwindles, many of us find ourselves settling back into the rhythms of an icy January work week. We are only about a month from Valentine’s Day and two months from St. Patrick’s Day (and Easter shortly thereafter), but the blustery days of winter are already seeming to drag on. 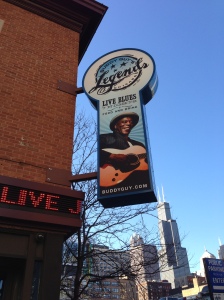 One great way to fight the chill is to take part in what has become an annual tradition for many Chicago Blues fans (myself and close friends included). Every January, the legendary Chicago bluesman Buddy Guy performs a series of concerts at his eponymous blues club in the South Loop (Buddy Guy’s Legends, 700 S. Wabash Ave., www.buddyguy.com), and they are not to be missed.

Buddy has performed and collaborated with some of the biggest names in Blues, such as Muddy Waters, Howlin’ Wolf, and B.B. King, and has inspired and influenced multiple generations of guitarists and musicians, including Eric Clapton and John Mayer. And while his Legends Blues club hosts live music 7 days a week, all year long, it’s only once a year that Buddy takes the stage and gives his adoring fans what they really want to see… Buddy himself shredding, schmoozing, crooning and flirting his way through a 2+ hour library of blues classics that he has crafted over the past five decades. 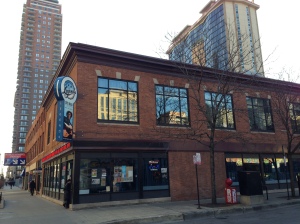 Regardless of where you live, it’ll be worth your while to head down to the South Loop for one of his Thursday-Sunday shows and catch Buddy in action while you can. Tickets and tables go fast, so reserve ahead of time and get there early. If you do, you’re sure to experience an amazing performance and to forget about the icy Chicago winter outside, if only for a while.

Buddy Guy’s Legends is located at 700 S. Wabash Ave., at the corner of Wabash and Balbo. Save on parking and take the CTA Red Line to the Harrison stop, just two blocks away.